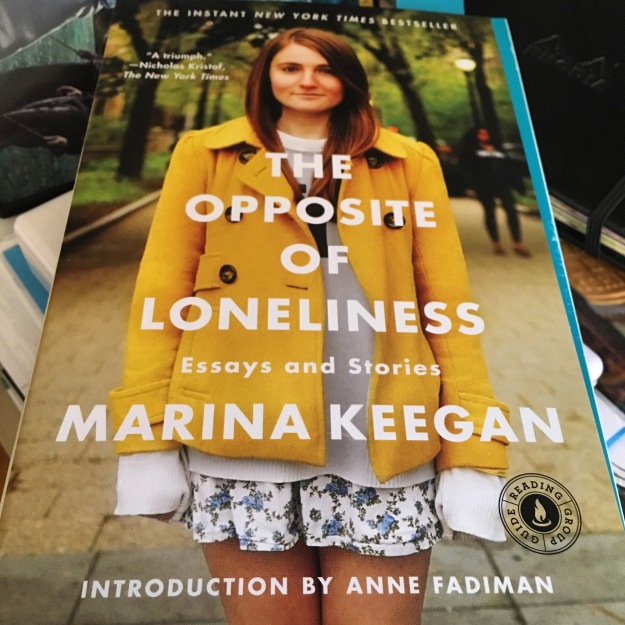 There’s a theory that a person’s emotional development stops at the age at which one starts taking drugs.

Maybe this same theory can be expounded upon to include the whole of a life halted in its development due to a variety of reasons, whether family dysfunction or other external factors – arrested in a paradigm much like Bill Murray’s character’s was in Groundhog Day, manoeuvring through the same damned day until he finally gets it right, gets to move on to the next step, and the next, and so on. Bill’s protagonist has an antagonist who is also an ally, in whom he has a vested interest that propels him forward.

I have no such character assist. I don’t even know how to get started on the business of procuring one (though a huge chunk of my life was spent flailing around in the process of attempting to achieve just that). I was under the (clearly) erroneous assumption that in order to get to the next step I would absolutely have to find that other character in order to move forward with my own story. None of the varied and sundry ways I tried resulted in the opposite of loneliness, but I’ve come to find that I’ve become comfortable with my aloneness.

In this space, I write.
I write my way into corners.
I chase words in circles.

I follow the tail of an idea, of emotions whose teeth have gently clasped onto me, unwilling to let me go. I don’t know know where they want to take me, but I’ve come to trust the process, whether or not it amounts to a great piece of writing, or simply provides an outlet for a jumble of thoughts so that they may reach coherence.

I’ve begun reading The Opposite of Loneliness: Essays and Stories

by Marina Keegan. By the end of the introduction (by her professor Anne Fadiman), I was misty-eyed, sorry for fate of the arrested life of someone so promising. Upon reading the first essay (titled the same as the book) tears came anew along with a sense of kinship.

At 52, I can still relate to her words. They were true for a 22 year old, but I’ve come to find that they are just as true now for someone like me, thirty years older. I hold the same hopes, harbour the same feelings of inadequacy. I wonder how much of it is due to the arrested development of my younger self and how much of it is merely a byproduct of the human condition.

I do envy something that Marina had which I have in my 52 years of life been incapable of feeling: “remarkably, unbelievably safe”. Perhaps it is a character flaw, perhaps it’s merely a situational anomaly, that I’ve not for most of the years I’ve lived in this world, felt truly and unequivocally, safe.

It has, however, forced me toward a bravery that I am always astonished to discover that I can muster. I’ve overcome many things simply because I had to get to the other side of them in order to remain intact. I may have at times seemed to be spineless, may have sometimes been graceless, and at times been a downright asshole throughout the process, but I mostly always take something away from each of these experiences, whether immediately or through the distance that the passage of time affords.

It would be foolish of me to say that I have no regrets. I have many, and they multiply with every passing year, with each choice, each road taken (or not), but I release them after I think on them and mourn what could have been, and make more choices.

Whether mistakes or successes, life moves along at an incredible clip. This automated and electronically dense world we live in, it speeds along dizzyingly, doesn’t allow us to dwell on things for too long. I can only hope that the choices I am making now will lead me to where I eventually want to be, and that the vision of where that is becomes clearer as I move closer toward it.

We all need allies, though, and I hope to be as good a one as those who I hope to consort with on this journey. As much as writing is a solitary practice, it can not be done in a vacuum. It needs the eyes and hearts of others to keep it true to course. Onwards, then – bravely.