Every weekday morning I sit at the table in my dining alcove. This morning the bouquet of tulips and freesias from last Friday are spreading their petals wide, in an unabashed embracing of the sun. Today it filters through a gossamer thin layer of clouds. A seagull flits through the screen of the living room’s picture windows – I am here to bear witness. Crows that I feed almonds to click and caw from neighbouring trees. For an instance, I am shrouded in a blanket of silence so complete, it is as though a giant hand has turned the outside world’s volume knob to zero. The only sound I hear is of air propelled through the blades of a fan I sit downwind from; it stays like this for seconds. I am about to settle into this brilliant white absence, but the groan of a truck, its gears grinding, edges in and rolls to stop when the light changes; the engine idles. A crosswalk bot beeps at regular intervals to assure pedestrians of a safe crossing.

I’ve fretted for months on the placement of things; in their accumulation I have deemed them as necessary for my survival as the air I breath, but I have yet to find a place for many of them, patient boxes of furniture lean against walls while they wait for assembly, photos and music CDs stacked high in corners, sheaves of paper in bankers boxes waiting for my consideration on whether to be kept or shredded. Some things are stowed, though, have found their rightful place, for now. As unsettled as I still feel, I remember that I have slept here for almost half a year, have seen the light shift from fall to winter to spring through panoramic windows, seen it dance across the surface of a river that flows a short distance away, where generations of logs were herded to lumber mills downriver over decades, long before my arrival. I have seen the trees renew themselves, shed their leaves and start over, abandon themselves with an unshakable faith to whatever outcome the passage of time may bring.

Well, even though I should be working on my novel (which I’ve coined “TIVOC” for short), this is happening, because we need to subsist, after all.

I’ll be taking this in to work this afternoon for dinner, along with some plain steamed rice. 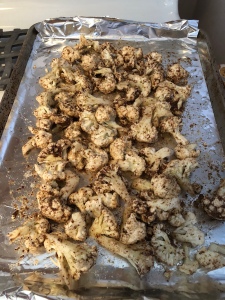 Combine oil with next 5 ingredients in a bowl and toss cauliflower. Lay out on a covered cookie sheet (I used foil but you can use parchment or a silicone mat) and sprinkle with salt and pepper. I have been personally favouring Maison Orphée grey sea salt lately.

Bake in oven until nicely golden brown, turning occasionally. Every oven is different so just keep an eye on it. Half and hour should be plenty. 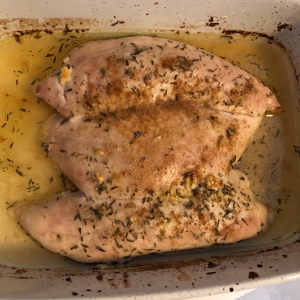 Place meat in baking dish. Add glug of oil, glug of white wine (I use whatever white wine I have open and on hand), lemon juice and zest. Sprinkle with garlic (I usually just press the cloves right on top with a garlic press) and summer savory (I got my tin from Pomme, a specialty store in Coquitlam – it’s a bit hard to find in regular grocery stores). Sprinkle with salt to taste (again, I used the sel gris) and bake until done. Follow safety guidelines for cooking poultry per weight and type. The liquids keep things moist so if you err on the side of longer cooking times (like I usually do – I left mine in for 50 minutes), it keeps things from drying out. I end up shredding the whole lot into the remaining liquid and using it to top the rice.

It has been a long while since I have posted anything here. I will chalk it up to being inordinately busy, and shifting through some major changes (like moving unexpectedly and starting a new job with a schedule that requires getting used to) and generally feeling blah all winter.

This book arrived in yesterday’s mail (with several others that I’ll speak to in a moment) and though it isn’t one that the doctor recommended I own (she did tell me, after encouraging me to follow a more plant-based diet, to get Plenty and Plenty More, both by Yotam Ottolenghi), I couldn’t resist My Paris Kitchen by David Lebovitz after reading through the sample pages online.

While the recipes cover a full spectrum of foods that would delight any omnivore such as myself, it is the rambling dialog that endeared me to it, and the tacitly apparent sheer love of food that the author has, which borders on reverence. I understand this, even if I am not a trained cook. It’s the fascination with the ingredients, and an appreciation for their unique and special qualities that draw me to cooking. When it is not a mere utilitarian act (to feed and nourish the body) it becomes a sort of dance with the ingredients, leaves us open for new discoveries of flavours and textures, and how they meld together when consumed. Food nourishes us in many ways, not just through their ingestion and digestion but by our interaction with it, in a dance of sorts.

Maybe I exaggerate. Maybe you don’t have this symbiotic relationship with food, or perhaps you have it with something else.

For me, it always comes back to food. I’d like to think I came upon it honestly. My mother was a fabulous cook, though she never strayed from the Hungarian cuisine she grew up on and mastered. Delicious as it was, I became culinarily curious the older I got. I grew up in Montreal, and anyone who has been to that city can attest to the fact that food, good, great food, is plentifully available throughout the city.

My challenge is that I am mostly cooking for one, these days.

With the movement towards local fresh food, and almost forgotten varieties of fruits and vegetables slowly making a reappearance on the (mostly farmer’s) market shelves, it is an exciting time to be cooking. This summer I’ll be looking for those white-tipped radishes, fresh mixed greens and locally made cheeses. 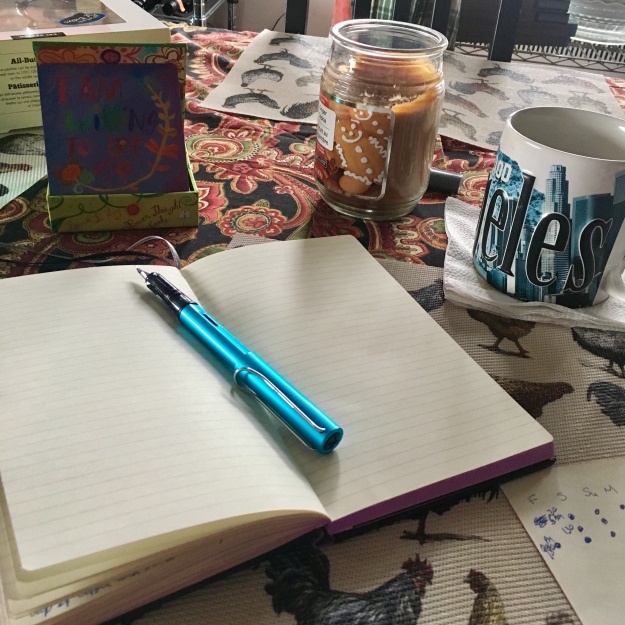 For years I used to write in a journal, somewhat daily. While many of the pages were rife with the kinds of things young women write about, mostly my woes with the opposite gender, the process itself was immeasurably helpful. It was a place to purge, to sort out, to make cohesive, the thoughts and especially the emotions that whorled around inside of me at cyclonic speeds. It was a safe space to air the things which should never be shared, to say the things that should not be spoken, to find a way to make amends with all of the disparities in life, whether with others or myself, or with the circumstances that I found myself in, good, bad or indifferent.

I would read other people’s published diaries and journals, too. I found them fascinating, compelling, like a window into someone else’s soul, though I think some, like Anaïs Nin for example, she was writing hers for publication, or heavily edited them prior to publication ending up with cleaned up derivatives of the rawness that is their normal state. Mine are, anyway.

I’ve read, too, about people taking their old diaries and therapeutically “releasing” the pages to bonfires and shredders, symbolically shedding parts of themselves that no longer serve them. I know I’ve thrown a few of them away myself, my very early ones, which I regret doing now.

I was ashamed of the person scattered amongst those old pages, but today, almost to my 54th birth date, I think each phase of my incarnations as a rite of passage, that each had an important part to play in who I am now and continue to become, and while I cringe at so much of the angst I experienced, mostly in sympathy, I am no longer ashamed of who I was.

It’s a small and tiny shift, but it’s the biggest breakthrough I’ve had in a long time, and I’m not sure what to attribute it to, other than restarting this journaling practice somewhat recently. Perhaps it’s just due to the aging process, of realizing that fighting parts of myself are exhausting and self-defeating, and that there is already so much discord outside of myself and beyond my control, that I need not add to it of my own accord and turn it inward.

I haven’t blogged in a while. Life has been busy, in good, bad and indifferent ways, but they all meld into each other, and the essence of each of those things gets stirred in, like ingredients into batter, and here I am sharing a slice. It tastes pretty good from where I’m sitting. I hope yours does too. 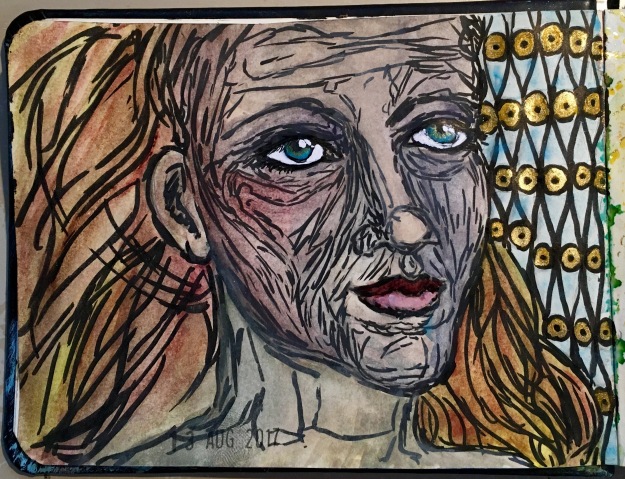 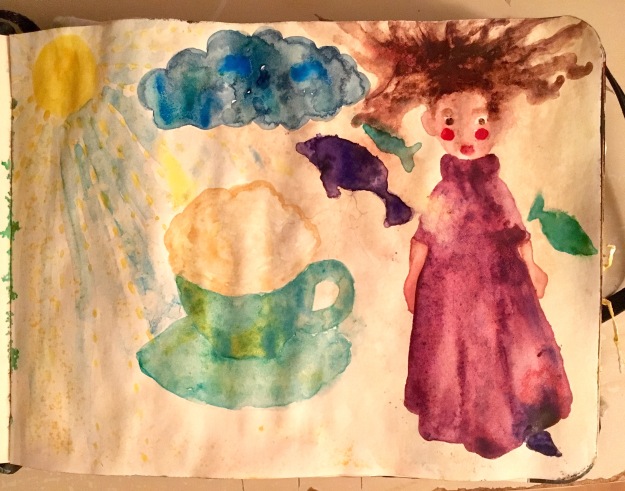 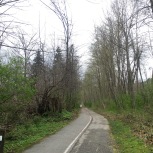 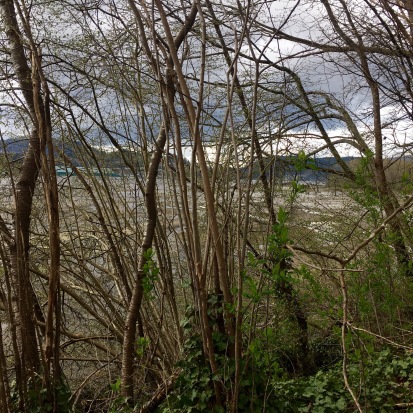 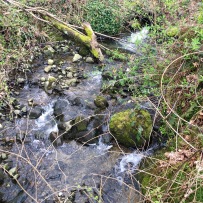 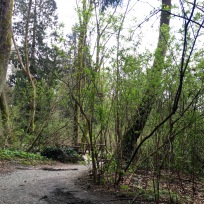 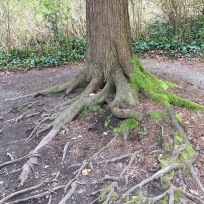 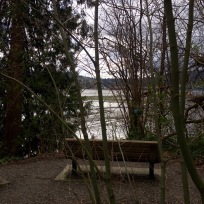 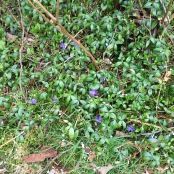 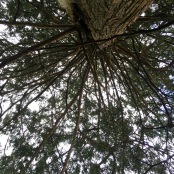 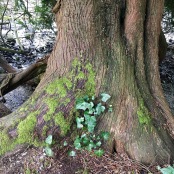 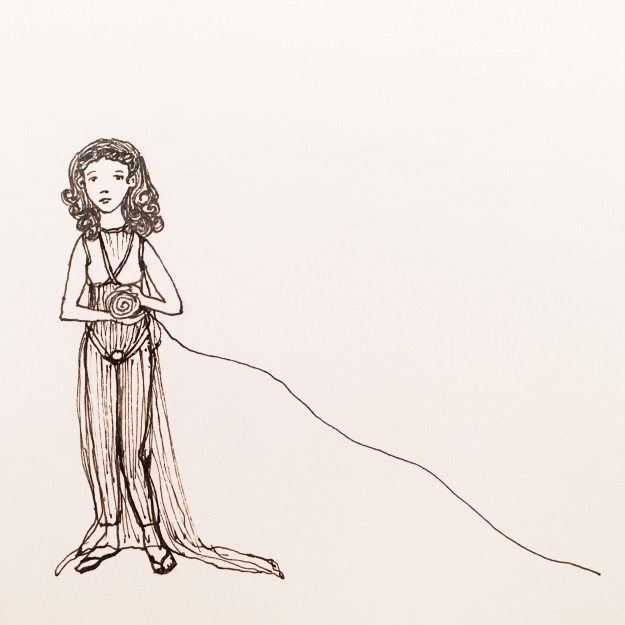 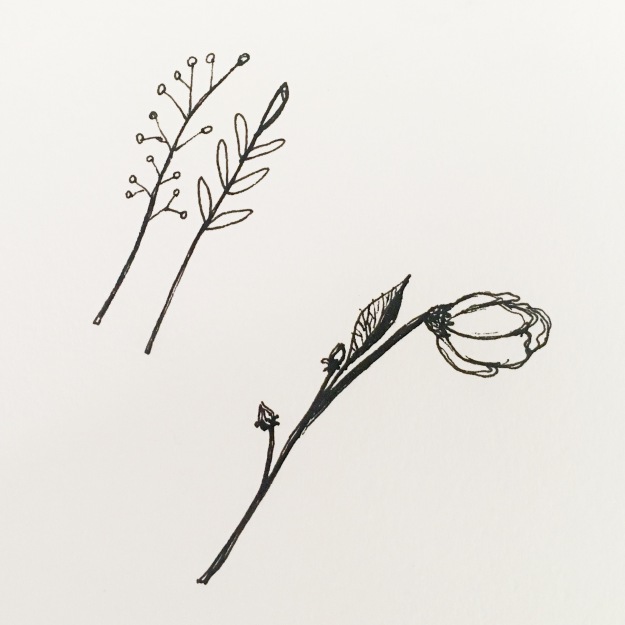