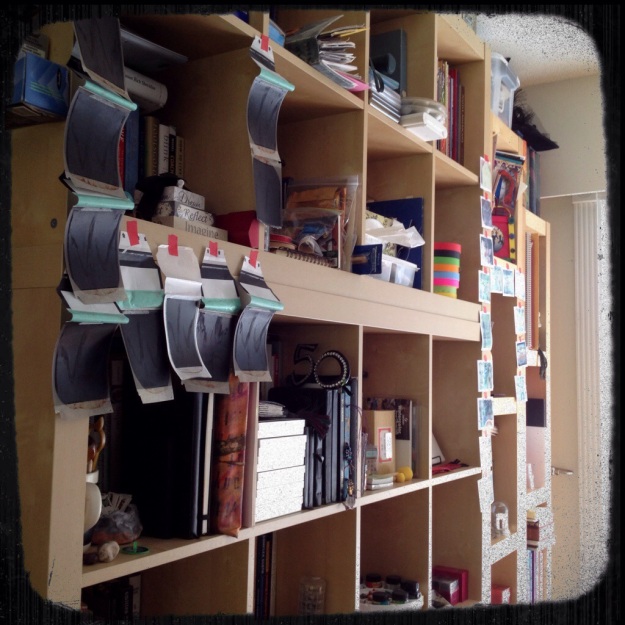 Years ago I acquired a Polaroid DayLab but since my departure from California in 2009 it has been stashed away with the rest of my various and sundry art supplies. It’s the coolest little gizmo as it allows one to shoot Polaroid photos without having an actual camera and works much like a scanner would (only the image size is limited to about 3 x 5 inches. 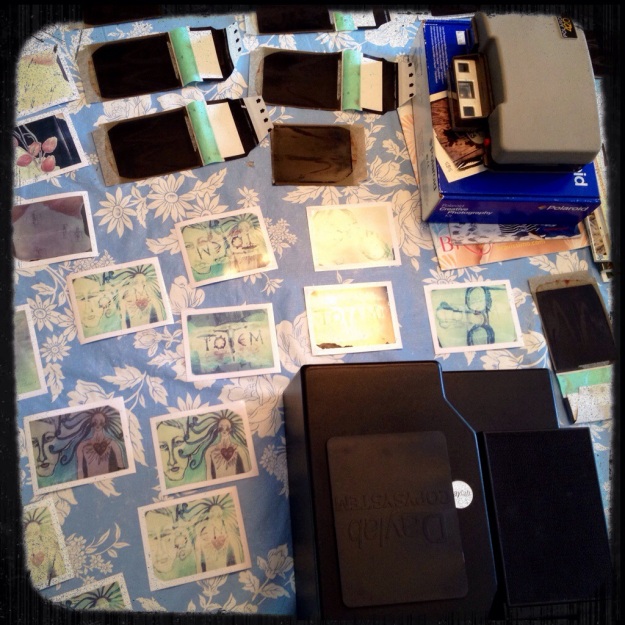 The 669 film I have is expired and wasn’t very carefully stored, so I imagine the quality of the print is affected by this fact, but still it was fun to experiment with printing double and triple exposed photos and I’ll be playing with emulsion lifting tomorrow, as well as attempting to do a negative image transfer using the negative portion of the separated film.

There is something ethereal and dreamy about Polaroid shots, especially when the emulsion has been transferred onto a different substrate. I also have a 420 Polaroid Automatic Land Camera but no film for it… something to add to my wish list. 🙂